Monster Of The Week: Demons 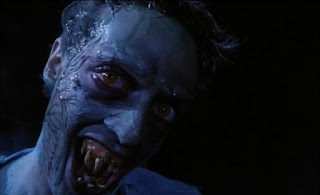 Evil Spirits. Devils. Hell Beasts. The Damned. Legion. These are just some of the many names for creatures who rule the hell realms, Demons. We see them a lot in horror. They have a tendency to be linked to the Christian belief of hell and The Devil, but the word Daemon was of greek origin, and meant something completely different. When Christianity went about converting other faiths, it took many ideas from those faiths. Daemon went from being something of a good-natured spirit guide, to the hideous creatures known as demons.

Demons are servants of hell. They can come in many forms and many sizes, and can possess human souls, twisting them to their will. Some are terrible, horrific creatures, while others are kind of laughable at first glance. Never underestimate a demon though. They are usually cunning creatures who will use any means necessary to achieve their goal, and even if they are not cunning, they are ruthless and determined to take what they want.

What is their goal you ask? Stealing your soul for their dark master of course!

Usually stories that contain demons as the main baddie involve a formula that goes something like this: Someone finds a way to open a rift to hell or to summon a demon(s), Maybe they stumble on an evil book. A grimoire of sorts. Maybe it's an "evil witch" who does it, like in the Warlock series. In it the main bad guy is a witch (not in any way like REAL witches, but more like what Inquisitors thought witches were during the burning times) summons The Devil Himself through a seer. The Devil is the king of demons. He's the big boss of their kind. 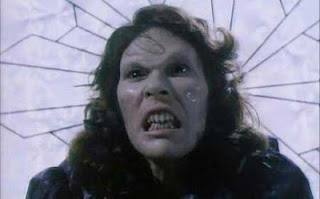 Sometimes the demon is summoned by accident by mere mortals like in The Gate. In that movie, idiot kids summon the demons and nearly tear the universe apart because of it. And those demons are kinda laughable at first, until their big daddy is released. 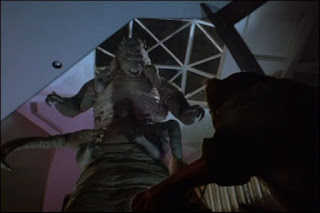 It seems summoning is the key to bringing forth a demon plague upon your house. They follow rules, and very specific ones. (Though most supernaturals do.) But Demons can be frightening because they make us reflect on what evil means and what could happen if it really does exist.

Now, for me traditional demons aren't so frightening. I need them to be explored in a creative way, an interesting way. I want my demons to be more than monsters summoned by opening a gate to hell. I want the nature of what evil and good is to be blown apart. This is why I love Clive Barker's take on demons. In a way, the Cenobites can be considered demons, though they are also so much more than that. Many times I've heard them described as mere demons, but they themselves even say they are explorers of experience. "Angels to some, demons to others." They are each modified uniquely until they are no longer recognizable as human. Most demons have this in common. That once they may have been human. Some though claim they were never human at all. But they have one thing in common: they are beyond human experience. They are alien in their own right and connected to something darker, sinister, and evil.

Here is a sample of some of my favourite demon subject matter: Mister B. Gone is a story about a demon named Jakabok Botch, who talks to the reader throughout the book. He even tells the reader to burn the book right from the beginning. It's a very quirky, dark story but highly enjoyable. It's Jakabok's life story about his terrible life in hell and the things he did to keep himself sane. He eventually escapes hell...and that's when the real fun begins.


And of course...HELLRAISER. If you haven't read my review of the series yet, you are missing out. But yes, this has to be here, because well...they are demons to some...

Next is Event Horizon, which could be considered a ghost story, but I think it's more than that. I think if you look at all the things that are said about the ship that comes back, it is a gate to hell. So it could be considered a demon ship. "Where we are going, we don't need eyes to see." It's a really well done film and I highly suggest it. It could just be a demonic ghost ship story at it's core. Best of both worlds! 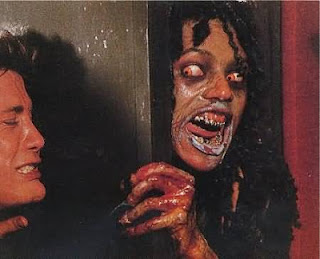 And for some good campy fun I suggest The Demons series of movies. They are horribly awesome, and have some of the dumbest demons going. Hell, you could even follow this series up with The Gate movies and get more bang for your buck!

What about you readers?  What are your favourite damned demonic baddies? Do you believe in evil? In Hell? In the things that lurk in that dark realm of brimestone and suffering?

"You're suffering will be legendary even in hell!" ~Pinhead
Scribbled by Kweeny Todd at 00:30

Email ThisBlogThis!Share to TwitterShare to FacebookShare to Pinterest
Labels: Halloween Countdown, Monster of the Week