After putting all my energy into weekly updating my YouTube Channel the last couple years, I have decided I dont have the time or energy to keep up with thos blog. If you have found my presence through my other social media, them feel free to read the old blog posts here. I'm not taking them down, even if I dont update here anymore. This blog helped me build the confidence enough to do YouTube, so I'm gonna keep it up for that reason, if nothing else. But if you want more from me, here are my social media links I use from my most used to the least used platforms. Thank you to all my blogger friends I have made, for all the comments and support! 💚🖤🐺 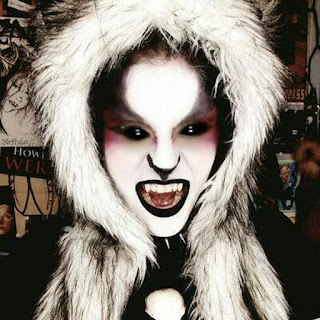 Scribbled by Kweeny Todd at 19:40 No comments:

Email ThisBlogThis!Share to TwitterShare to FacebookShare to Pinterest
Labels: About Kweeny Todd 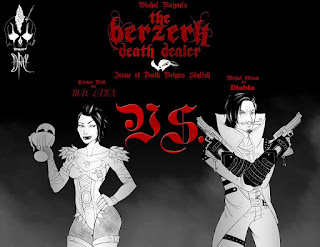 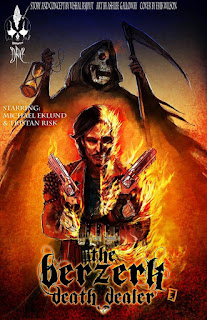 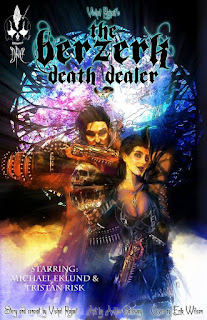 Scribbled by Kweeny Todd at 12:14 No comments:

If you've been following me on social media, you know last weekend I went to Crypticon. You also know I had a fucking blast and I am still recovering from it! You know it's a good con when you come home limping. And I didn't get to go to any parties!

So this review is going to be from a vendor's point of view. So keep that in mind. I tried to go to as much stuff as possible, but I was mostly in the Dealers Room. Which had good points and bad points. Good point was I got to see Doug Bradley right away! It was amazing guys! He is a gentle-beast and a Hellpriest. He over heard us all talking about Nightbreed and how amazing a movie it is, and when I came up to meet him, after shaking my hand and asking my name he went right into an amazing story about how he, Clive Barker, Barbie Wilde and more were all working on Hellraiser. He shared stuff about the filming of Nightbreed and for an aspiring filmmaker like myself, it just made me squee inside my head. That stunned look I got on my silly mug is because I am still buzzing from the story. LOL! I was so honored to meet him. You all know by now how much Clive's work moves me. How meeting actors in his films is important to me. I wanted to go find Median growing up. I was a monster, I knew where the monsters lived.

But I have found were the monsters live: Horror Cons. it's all about the horror cons monster kids. And that's part of what makes Crypticon so special. My favorite part of the con was running around hugging my friends. This was my second year of Crypticon, but I have been to a few cons and festivals around the PNW, so now people know me. Some, even like me! Some, wanna party with me, but I am not working with a full bar of energy. I love my con friends. they are all really talented and passionate folks who inspire me to do better. I want to vend my own stuff some day. And I still want to make movies. I went to some filmmaking panels, and one by the lovely Gigi Saul Guerrero of Luchagore Productions, suggested I see.

She was so fucking right too! This is how a good panel should leave you feeling. Ready to try some shit out for yourself! I think supporting each other is so very important. All my friends have worked hard to get where they are. Be they Con Staff, to even us vendors. I noticed from vending that everyone helps each other in this game. Once you're all in, you've got back up. People know me as Press usually so my vending confused some folks. But it's all connected. All part and parcel of a con.

I didn't go party with my favorite folks (you know who you are), because I couldn't get a ride home and I was in pain. Still in pain. The pain was worth it, but it hurts like a hell priest ripping your skin off. I'll party with you one day, mark my words!

If there is one thing I took away from this con it's this: Thank you for reminding me what #HorrorFamily really means. We gotta make pockets of Median were we can. Because we ARE the monster kids. This is why we make cons like Crypticon. The Saw is Family.
Scribbled by Kweeny Todd at 15:41 No comments: