What is this crazy blog? 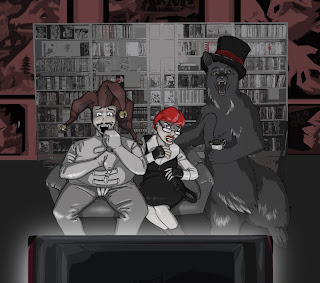 Kweeny Todd is a blog for all lovers of the darker realms. Horror blogger Kweeny and friends examine the genre they love through their own peculiar lens, bringing their view with sardonic wit, humor and intelligence. Kweeny also likes to share bits of their personal life, dark curiosities and some of their other wacky interests to entertain readers, as well as amuse themselves.  Their minions Lord Bearington, Mad Jester and The Butler get roped into their antics and are usually forced at razor blade point to add content to this Glory Kingdom they rule. Hopefully this explains everything, or explains nothing enough that the goddess Eris is pleased with our efforts. HAIL DISCORDIA!

So who are the contributors to this madness you call a blog? 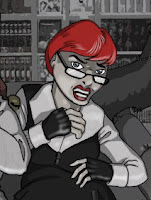 Kweeny Todd was raised by a pack of werewolves, who used TV to sooth the screaming child's wailing. Elvira and many other horror hosts became their role models, and taught them much about the world of monsters, abominations and ghoulies. When Kweeny was 16 they hit puberty, and like Ginger from Ginger Snaps, didn't take to it well. Puberty sucks for werewolves. After flipping out during their "monstrous moontime" like a short, blood-thirsty Honey Badger, Kweeny realized they needed to deal with their inner monster. They decided to do what most silly weirdo gender-queer goths do at that age, play with magic.

Yeah, it didn't go well to say the least. It's hard being a werewitch.

The rest of the tale can be found here. Being possessed by a singing, demon barber isn't all that bad. Except during the full moon, or when Kweeny is forced to watch My Little Ponies.

Other stupid facts for the curious: Kweeny is misspelled that way on purpose. They could have spelled it Kweeney like Sweeney, but people used to misspell their first name funny all the time. Queeny was a common misspelling. They is also highly allergic to cats, is obsessed with books, loves dark musicals with gore and tragic romance, thinks Halloween is the best holiday ever, wants to own a castle, has a pension for swearing, snark, strangeness, and a habit for switching between Canadian and American English. Also, they make some crazy horror Youtube videos! https://www.youtube.com/user/KweenyTodd

Lord Bearington (otherwise known as Bear) has been weird for a long, long, long time. Growing up on WLVI's Creature Double Feature every weekend, finding D&D at age 8, and having beat Super Mario Brothers at age 10, his life as a horror/geek/gamer aficionado was cemented in his fuzzy little brain. He loves eating meat, pooping in the woods, and high powered weaponry, as all bears should. Having gone to college, but unable to earn a degree in philosophy due to eating too many professors, Bear takes a more highbrow approach to gaming, horror, and geekery than Kweeny. This has led to intense discussions, such as the "Prometheus wasn't that good." / "YES IT WAS *stab*" argument. The stabbing Kweeny won. Overall though when roused from his cave of slumber to comment on horror games, he tends to talk about such concepts as theme, story, and how the gameplay helped to tell the horror narrative, earning him many groaning eyerolls from his mate. 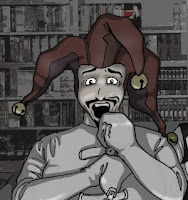 Mad Jester is a horror-fan from way back, ever since the orderlies snuck a VHS copy of Hellraiser into the activity room at St. Steve's Home for the Mentally Fucked-Up. Since his violent escape, he's been voraciously consuming every horror movie he can get his hands on; "In most cases, it's not as bad as what's happening in my own head," says the 32-year-old father of three, "although sometimes I have to watch something truly shitty by way of punishing myself. It's the only way to absolve my sins." 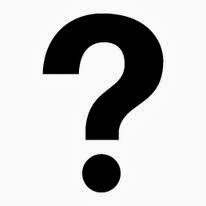 A Veteran of Her Majesty's Armed Forces, he's put his awesome skills to use in retirement from a life of terror and madman for quiet service as a humble butler. Previously he served one of the more notorious of American's “Decadent One Percent”.  convenient Zombie outbreak later, he and the hired help were found safely protected in the “safe room” while the “Scum of Humanity” were all found decapitated, burned and shot in the head. (While not claiming responsibility for the destroyed bodies, forensics did confirm the use of a Regimental Claymore in the decapitations.)

Since then after time spent in debriefing, he's been placed in a Special British Butler Protection program, and thus for whatever secret Butler orders/reasons, wound up here.  Surprisingly he seems quite content, and is more then capable of dealing with whatever messes occur when a local ritual goes, “Whoops. Apocalypse!”

(Or when Kweeny has a very big HAIRY under the full moon...)

Remembering his supposedly quiet youth, he recalls a fondness for all kinds of unusual films, especially foreign or obscure horror films.  These he say are the only “true reality films to human nature”, and he loves to share his insights into these beloved treasures...as well as his love for pints of stout, bitters and just plain good ales.

Thanks for visiting! Enjoy the crazy show! ;)